I increasingly hear arguments that the way the built environment looks results from the aesthetic tastes of built environment professionals which differ markedly from lay tastes.  As a consequence – the argument goes – we need to rethink aesthetic education in our universities because the disparity begins there and is leading to a situation where the majority have to suffer the aesthetic preferences of the few.

Many studies do indeed show a disparity between the aesthetic preferences of architects (and to a lesser degree planners) and the general public.  Architects generally prefer simpler, more modern and less overtly contextual designs, whilst the public tend to prefer more decorative, traditional and contextual buildings.  Those arguing for what they refer to as ‘popular’ design suggest that we should aspire to produce more of the latter because this will help to ensure that development itself is more popular, and therefore more likely to dispel lurking NIMBY pressures.

Needless to say, these arguments are most often put in relation to new housing with the language of beauty being harnessed to the cause.  In this discourse ‘popular’ is equated with beautiful whilst other preferences are seen as ugly.  As an academic, an architect and a planner, these arguments worry me.

Aesthetics are important, but popularity is complex

What the built environment looks like is clearly of vital importance to how it is perceived: to how comfortable we feel in it, how safe, how likely we are to walk or cycle in it, and how ‘at home’ we feel.  The collection of evidence discussed in the two previous blogs (65 and 66) establishes the link very clearly.  But it is not straightforward.  The research suggests that humans prefer certain qualities: a sense of naturalness (greenness), civility (upkeep), visual order and clarity, and some historical content (meaning the presence of older buildings or features in urban areas).  It does not identify any preferences for particular architectural styles or aesthetics.

As the Place Alliance’s soon to be published A Housing Audit for England will show, the large majority of new housing developments in England (outside of London) are ‘traditional’ in style with strong vernacular references.  Most would be viewed as aesthetically incompetent by many architects, but are also widely disliked by many non-professionals.  This was particularly obvious in a further recent Place Alliance study – Councillors’ Attitudes to Residential Design.  This study showed that the character and appearance of most new housing is roundly condemned by local politicians, the vast majority of whom bring a lay persons’ perspective to that judgement and – one can surmise – broadly represent the tastes of their communities.  Despite being ‘traditional’, the design of most new housing is unpopular.

Much new housing is ‘traditional’, and often derided

Here, however, there is a contradiction.  As A Housing Audit for England will also show, the large majority of new housing schemes are liked by their inhabitants and housebuilders are able to find a ready market for their products.  In that sense, amongst the audience of likely new home buyers, they are popular.  Some argue that the lack of choice (given the shortage of housing nationally) means that purchasers often have little alternative, whilst studies of new home purchaser preferences show that, once purchased, home buyers are unlikely to be critical of their new homes and implicitly of their own judgment in making such a purchase.

What is apparent is that it is difficult to say what is or is not popular – at least aesthetically.

The culpability of designers?

Setting popularity aside, how culpable are architects in the aesthetics of most housing developments in England.  The short answer is hardly at all for the simple reason that architectural or urban design skills are hardly involved.  The majority of housing schemes up and down the country are not designed as part of a place-specific creative design process.  Instead standard house types (The Buckingham, The Verona, The Edale, etc.) are laid out by consultants who specialise in the technical exercise of applying standard houses to the standard road hierarchies and specifications of highways authorities.

For doing this they are paid a minimal rate ensuring that the design time for schemes that will be with us for decades (perhaps centuries) to come is also minimal.  Rates are pretty standard, although vary regionally.  In the north, for example, they work out at around £180 per unit to take a scheme of say 100 homes to Planning.  That is the equivalent of 2.5 to 3 hours design time per home on such a scheme, including time spent on associated admin, drafting, meetings, and so forth.  Housing estates, in that sense, are not ‘designed’ as a response to a particular site, but are instead laid out as a mathematical exercise whilst the standard houses themselves are tweaked with the application of faux ‘local’ materials and features to keep them ‘contextual’. 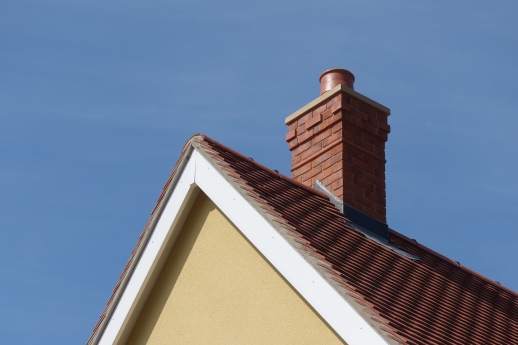 There are, of course, a minority of housing projects that are carefully designed by architects and urban designers for specific sites, as we saw in the recent award of the Stirling prize to Goldsmith Street in Norwich.  Typically, such schemes are in smaller more complex infill sites or in higher density and higher value locations, such as London.  However, if architects and urban designers are not involved in the majority of new housing, the problem of the aesthetics of housing areas cannot be seen as a problem of their education.  Instead it is one of:

In suggesting the above, I am not implying that all is rosy in the academic garden:

We can certainly educate our built environment professionals better in the hope that a tougher design governance environment may one day drive up demand for skilled architects and urban designers within the housing sector.  But how should that be done?

University education is not an area in which it is easy to drive top-down change.  Instead we need to start by recognising how universities work.  Quite rightly, in my view, universities are independent, as are departments within universities and academics within those departments.  No amount of diktat from on high (from Government or professional institutes) will make universities teach what they don’t wish to.  So, if change is required, persuasion and incentive rather than attempted imposition of an external agenda is the way.

Universities, first and foremost, engage with ideas, they respond to research agendas and research funding, but they are always mindful of questions around supply and demand, in other words what their market – the students – want.  CABE, between 1999 and 2011, tried to influence the professional institutes as regards their accreditation criteria; although never with much success.  Even if criteria are changed, how they are interpreted will vary hugely between universities.

CABE were much more successful in shaking things up through engaging academics in their work, in helping to drive and fund (to some degree) research agendas, and in linking this activity to the professional sphere / the market.  It is difficult for Government to achieve what they did, and the professional institutes are too siloed. Instead, having a permanent Government-backed design commission (a CABE mark 2) could help to stimulate the sector, drive debates, publicise best practice, influence research agendas, supply ready teaching materials, encourage cross-working between the institutes, and generally drive ideas that would find their way into university education and into practice.

This would only be part of such an organisation’s role of course.  Fundamentally it would be involved in building a decision-making environment nationally in which the design of our built environment could never again be given such a low priority.  Pan-European research that I am co-leading – Urban Maestro – shows that other countries are stealing a march on us in this regard.

Currently the Building Better Building Beautiful Commission is debating all these sorts of things and will soon produce their report for Ministers (whoever they may be).  If it is really serious about changing the national culture around design – and from what I have seen, they are – then the single most effective thing they could recommend to Government is to set up a successor organisation to CABE.

Aesthetics as part of contextually responsive education in urban design

Returning to aesthetics – the starting point for the Commission – I myself am an architect and how places look is personally very important to me.  That said, (with others) I have been fighting a battle for years against those who dismiss design issues as ‘just aesthetic’ concerns, and equally against those who embrace aesthetics, but fail to understand that what things look like is just part of what good urban design tries to achieve.  Aesthetics needs to be dealt with as part of a wider design agenda.

Over the years Government commissions and enquires have come and gone and have tended to focus their recommendations around a variety of buzz words: ‘quality’, ‘renaissance’, ‘place’, and now ’beauty’.  Beyond the buzz words, what is really important is promoting the vital role of good urban design.  After many years of campaigning from organisations such as the Urban Design Group, urban design is now widely accepted as a vital dimension of how we shape places, although still lacks sufficient status, commitment and resources to make it an everyday necessity.  As Place Alliance research has shown, local authorities in the main lack sufficient design expertise inhouse and don’t have the resources (or necessarily the commitment) to commission it externally.

Understanding and responding to context is already a vital part of what urban designers try to achieve – defining and connecting streets, greening spaces, creating positive edge treatments, mixing uses, etc. etc.  All of these are what make places ‘beautiful’ to live in.  The Government’s new National Design Guide does an admirable job of defining such principles in which delivering an attractive and distinctive identity is listed as one of the ten characteristics of well-designed places.

Focus on demand, and incentivise supply

Universities are very good at responding to changing demand by altering what they supply.  In England we need to concentrate on the demand side – demanding a focus on good urban design (including but not limited to aesthetics) in all new development, and not giving regulatory consents until it is guaranteed.  With a few targeted incentives – perhaps a system of scholarships to encourage more architects into planning and more planners, architects and property professionals to study urban design – the supply side (getting the right skills into the process) will largely take care of itself.

Having more architects, planners, highways engineers and property professionals immersed in such matters will go a long way – over time – to getting those critical urban design skills back into the design of new housing areas.  As humans, a well-designed built environment is fundamentally good for us.  If the premium it receives in the market is anything to go by, good urban design is popular to.