The later CABE years (2004 to 2011) witnessed a concerted effort to engage with the volume housebuilding industry in England and a new focus on encouraging and cajoling housebuilders to improve their ‘product’; notably as it effected the external residential environment.  At the same time Government was increasingly aware of its responsibility to encourage highways and planning authorities to up their game and move away from the standards dominated and land hungry layouts of much suburban housing development.

Forwards or backwards on design?

The period since 2011 has seen conflicting, largely anecdotal, accounts over the standard of housing design. Whilst some argue that the lessons of placemaking have not been lost and the design of new external residential environments continue to improve, others see a retrenchment in the gains made during the previous decade.  Certainly, through much of this period Government has been less interested in design (although that is certainly changing now), and austerity in local government has led to an exodus of staff in non-statutory or ‘discretionary’ roles, including in urban design.

The result seems to be varying practice as regards the emphasis placed on design by local authorities, whilst developers (often the same ones) have been able to produce wildly different housing environments, often in neighbouring local authority areas. 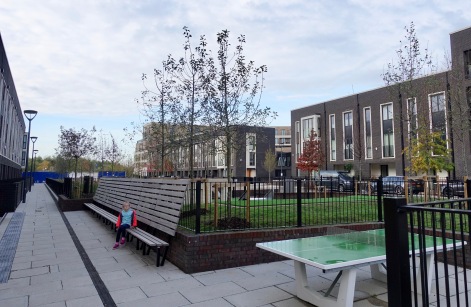 During this period the housing crisis nationally has placed huge pressure on local authorities and developers to increase rates of housebuilding.  At first this led to a downplaying of obstacles seen as ‘bureaucratic’ in the path of new housing development, including the pursuit of better design.  The Urban Design Group, for example, have reported that in many county highways authorities there has been a move away from the prescriptions in Manual for Streets back to the old DB32 ‘standards’ with an in-built bias towards the car and acres of tarmac.  There has also been a resurgence of the use of standard house types that are repeated from site to site with only minor references to context. 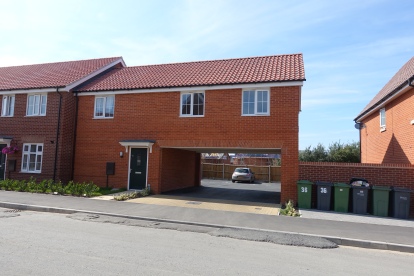 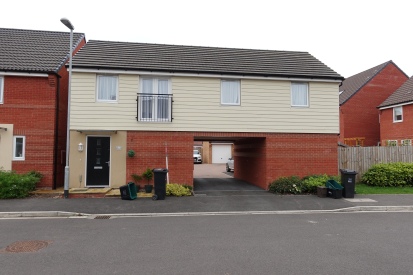 Is any of this a problem?  The recent Councillors’ Attitudes to Residential Design conducted by the Place Alliance revealed that a small majority of local politicians felt there had been a continuing improvement in the design of housing areas, although also a sense that this had come from a low base.  At the same time a sizable minority of councillors were disparaging in the extreme, identifying key concerns around the response to local character and the drive for increasing densities across the country as primary concerns.

The potential of a second wave of housing audits

Frustrated by similarly conflicting views, in 2004 CABE undertook what it termed a ‘housing audit’.  This systematically looked at the quality of market housing completed between 2001 and 2003 and covered London, the South East and the East of England.  In subsequent years separate audits covering the North East, North West and Yorkshire and Humber, and then the East Midlands, West Midlands and the South West were published, respectively in 2005 and 2006.  A separate audit of social housing followed a little later and was published after the withdrawal of public funding from CABE.

The audits used the then ‘Building for Life’ (BfL) criteria as the tool to measure quality, a tool that (up to that point) had largely been used to assess the quality of exemplary developments for an award. The first audit showed a generally low occurrence of good or very good design against 16 of BfL’s 20 criteria, including a general dominance of highways at the expense of streets and public space.  The audit received immediate national headlines because, as a CABE director later recalled: “the quality of housing in this country was shocking and created a sense of urgency around the problem” (quoted in Design Governance, The CABE Experiment). The final audit suggested that fewer than 18% of schemes could be classed as good or very good design, and 29% were so poor that they should not have received planning permission.

The reaction of the industry was initially defensive, but the housing audits were quickly taken up by Government, local authorities and others who consistently used them to argue that housing design needed to improve.  In time, a number of the larger housebuilders also came publicly on board and permanently and fundamentally switched their approach to design as a result.  Others were less keen and tended to resist the campaigning of CABE around the subject.

Whilst the housing audits were used alongside other informal tools of design governance (notably advocacy, design review, and campaigning) to achieve their ultimate end of better residential design, they are generally regarded to have been one of the most effective tools in CABE’s armoury.  Indeed, if CABE had retained its Government funding, it had planned to re-run the audits starting in 2011.  As things stand there has been no systematic housing design audit work in over decade.

A new climate and a new audit

Whist austerity remains a fact of life within local government, recently there has been a strong resurgence of interest amongst Government and its agencies (notably Homes England) in the importance of design quality.  Amongst other reasons, this seems to have been driven by a concern amongst politicians that communities around the country will continue to resist much needed housing development unless the quality of design radically improves – the old familiar refrain of ‘concreting over the countryside’ is never far away.  The time is now right to systematically gauge the state of the nation as regards the quality of housing design through a new programme of housing audit.

Gone are the days when the Government (via CABE) could spend £100,000+ to commission an audit.  Instead, the Place Alliance in partnership with the CPRE has harnessed the support of a diverse alliance of organisations to support a new audit, including: the Home Builders Federation, Urban Design Group, Civic Voice, Academy of Urbanism, Design Council, UK Green Building Council, and Institute for Highways and Transportation. The work is underpinned by professional input from Arup, JTP, Spawforths and URBED and a network of specially trained volunteers across the country.

Using broadly the same methodology as the earlier regional housing audits conducted by CABE, the intention is to look back and see how the design of housing developments has changed over the last decade, to gauge where we are now – what we are doing right and what we are doing wrong and how that varies across the country, and to establish a new baseline against which to measure progress on place-making in new housing development going forward.

If anything, the ambition this time around is even greater than before. The plan is to cover the whole country (England) with a single audit and to evaluate enough schemes (a minimum of 100) in order that meaningful regional comparisons can be made.  The eventual numbers or projects will also reflect differential regional outputs with more schemes audited in London and the South East to reflect their higher outputs.

For each development, 17 categories of design considerations will be audited, with each expressed, first as a question, and second as a series of more detailed sub-criteria in order to help auditors make a reasoned and balanced judgement against design considerations.  The design categories are broadly the same as the previous audits, although have been edited and updated to reflect changes to practice and expectations since the original audits.

To ensure rigour in each audit, auditors have been trained (by UCL), and the topics and sub-criteria have been tested to ensure – as far as possible – that they are objective and can be reliably and consistently evaluated on site.  Of course with the best will in the world there is bound to be some variation in how individual auditors score projects, and to try and minimise this, first, auditors are asked to back up their individual judgments against criteria with photographic evidence, and second, an Advisory Group has been set up whose job it is to look across the individual audit results and ensure they have been conducted consistently and reliably.  The Advisory Group is made up from representatives of the supporting organisations already listed.

One of the advantages of using many auditors from across the country (as opposed to all from one consultancy, as the previous audits were conducted) is that audits can be more regionally sensitive. This is because – with appropriate safeguards in place to ensure that audits do not evaluate schemes they have in any way been involved with – auditors are largely focussing on developments within areas that they know.  We won’t, for example, have auditors judging low density housing in Wakefield when all their experience is in delivering high density housing in Wandsworth.

The audits have begun and we hope that by the autumn we will have the results of this first ever national housing design audit.  What it will show, we can’t yet know, but importantly this is intended to be a learning exercise.  The intention is not to name and shame or to showcase the usual suspects, but instead to rigorously demonstrate where we are as a country on the design of volume housing, and to identify what we are doing well and where there is room for improvement.

Whether it shows that the design of residential environments has improved or declined since the last audits, we can be confident that there will be a considerable variation in quality, and, where there is variation there is potential to learn and to collectively to do much better in the future.